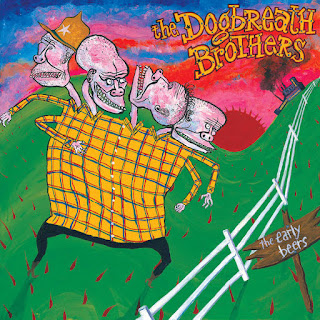 I didn't do a song last week and man, the outcry!  Wow.  The reason was that last week's song was destined to be a remix of a Grampa Big Balls recording titled Tip Of A Red Hot Penis that I made some years ago   Remixing?  A breeze. All fine and dandy.  Then I started making the video for the sound piece, comprised of thousands of stills, each displayed anywhere from .11 of a second to .22 of a second.   The collection of images alone has been a time consuming process and when I finally got to making the video, it took me 8 hours to make one minute and forty seconds of video....for a six minute noise piece.

So it has become apparent that that particular piece will be an ongoing work and I figured I'd better get back on the horse.  Before the horse keeled over and drowned in a ditch.  I've been singing this number from the past and decided to give it a whirl......a reboot of an old Dogbreath Brothers song, Look In Yer Heart.

Funny how a song changes through the lens of twenty years.  Here it is.
And yah, that's Jerome presiding over the recording.

You can check out the Dogbreath Brothers version here:     Look In Yer Heart 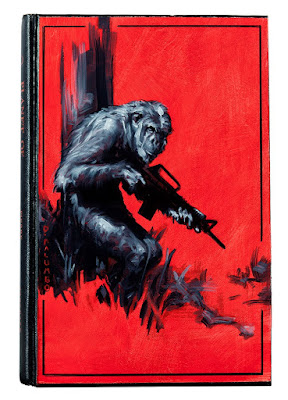 The last two weekends have been spent doing gigs with my current band, The Ape Shit Army.   It's been nourishing and stimulating to practice and play regularly with this group of musicians:  Dan Weisenberger on guitar, Jody Johnson on upright bass, and Rad Juli on drums.  Sometimes entertainment juggernaut Hank Pine joins us for some apocalyptic cello licks, as he does on this recording. We are supplemented vocally at times by Jeanne Tolmie, Ana Bon Bon, and Betty-Ann Lampman.  This shit is fun.

The skeleton of this song was born and documented on Song A Week 2012. I wrote it as an "introductory song" for a songwriting workshop I was attending as a lead up to Arts Wells.  At that time it was New Blues #3....somewhere along the road of rehearsing and recording it became #2 and #3 became #2.  Likely, you don't care about these trivial details.  But dammit that's the meaningless crap I obsess about.


Since it debuted here as a little baby song in a shitty disposable diaper, it's grown some balls.
This version was recorded live at Solstice Cafe in Victoria, BC,  Friday night on my zoom mic. Tonight I messed around with random video clips I've accumulated on my phone and Frankensteined together a "video" to provide visual stimulus.

Sightless and speechless
a maggot wriggles in the muck
contemplates the vagaries of old Lady Luck
Is a bum hand better
than no hand at all?
It it best to grovel in shit
or to climb up and risk the fall
Sun pierced through the clouds
a heavenly sword of wrath
and I said to the maggot
Yo maggot do the math 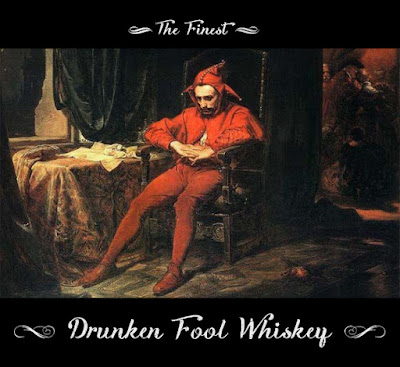 Here's a little hillbilly number I wrote some time back that doesn't see the light of day too much.

The Drunken Fool
words and music by David P. Smith 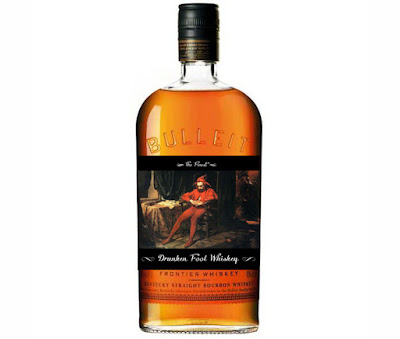 The song a week blog I did in 2012 provided a catalyst at the time to write some new songs.  I was playing a lot of music with Rachelle Reath, but I didn't have a regular band so to speak and wasn't gigging much.  Maybe that's the reason a bunch of those songs just fell off the radar.  Or maybe they just sucked. Time will tell.  Whatever, this is one of those songs.

Written in 2012, Rachelle and I recorded it for the blog in 2012 and we performed it maybe two or three times.  I've changed the feel, put it in a different key, and tweaked one of those lyrics.  The particular line I changed had been a thorn in the side.....one of those lines that comes quickly, is an easy rhyme, and is sort of like a punch line.....but ultimately is weak.  Now it's better.

So here it is....Happy Valentine's Day.

My Heart and My Head
words and music by David P. Smith

My heart is not a metaphor
for courage, strength, or love
so please do not speak of these things
you know not what you speak of 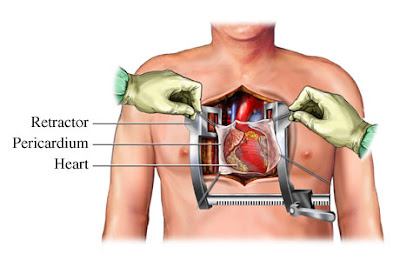 Email ThisBlogThis!Share to TwitterShare to FacebookShare to Pinterest
Labels: My Heart And My Head, Rachelle Reath 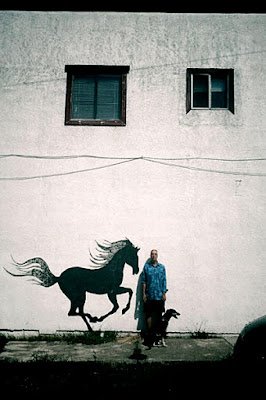 One of the best things about doing this blog is using it as a catalyst to get together with friends and see what happens. Aaron Ellingsen, Jeanne Tolmie and I are frequent collaborators and it was fun and interesting to get together and have a run at this song.

Picture of Me is a song I wrote a few years back that will be released on my upcoming album New Blues.  The studio version is a pretty cool stripped down arrangement - just accordion, Marek Tyler on drums, and my daughter Chloe Lampman singing backups.  This version - which we jammed out and recorded in about an hour or so - has a Cajun folkey feel thanks to Aaron Ellingsen's fiddle arrangement.

In the fall of 2014 I became obsessed with this song by the band Future Islands and in particular with this version of the song on the David Letterman show.  Not only is the performance riveting, Letterman's reaction is worth the watch

Summer 2015 I just wanted to learn to play it myself.  With some assistance from my musically-smarter-than-me daughter Chloe, I worked up a version on the accordion and quickly became obsessed with playing it. It is a really beautiful pop song.  We're working up a version with my band The Ape Shit Army that we'll be playing at our upcoming shows in February.

Here is a version of the song I recorded on my phone one night in December.

The official video for the song is little bizarre.  Cowboys, rodeos, couples on horses, pickup trucks....I almost suspect it is a deconstructive anti-video.......comments?

And here's the gig posters for our upcoming shows in Nanaimo, Powell River, Victoria, and Vancouver. 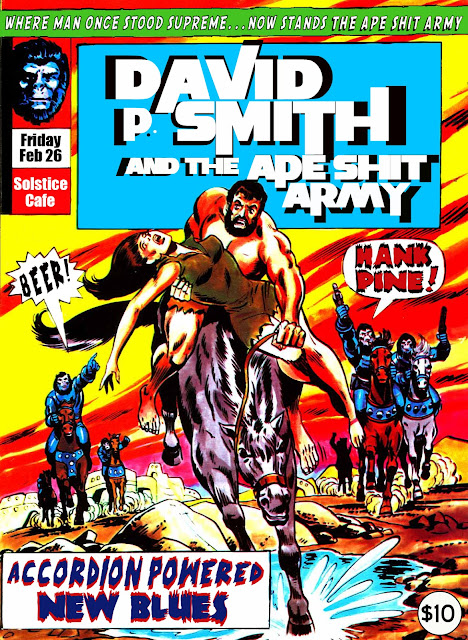 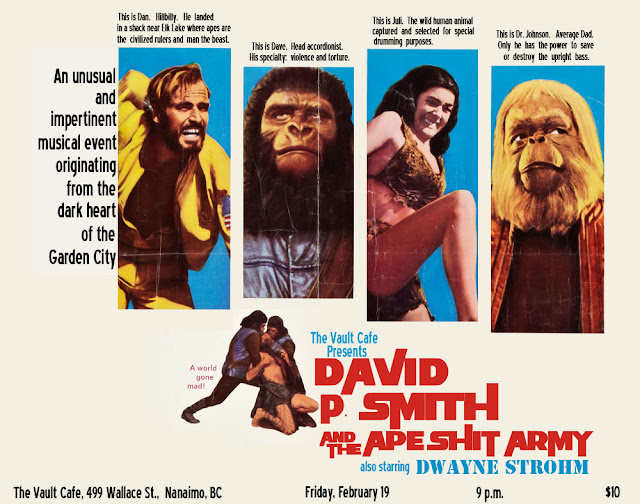 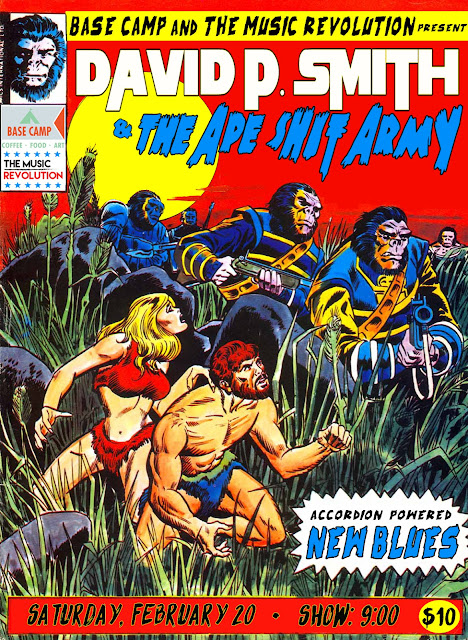 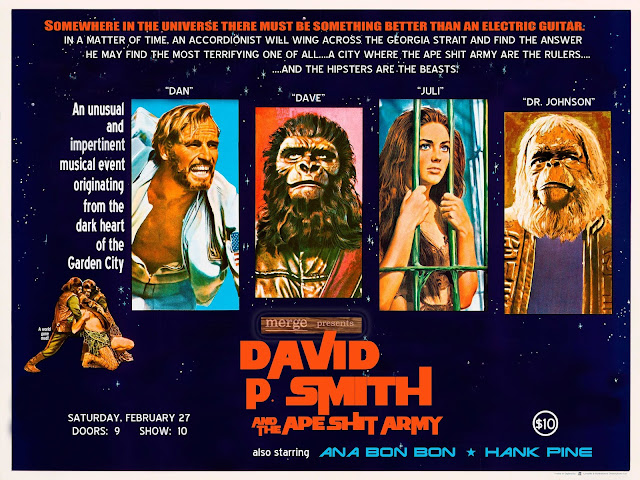 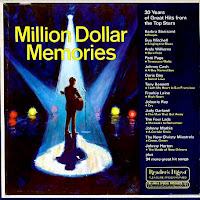 Not so long ago after I left home, let's say circa 1980, I went through my parents' records and recorded to cassette anything that seemed remotely interesting.  One song I recorded - from Reader's Digest Million Dollar Memories - was Peggy Lee's version of Why Don't You Do Right with the Benny Goodman Orchestra. Loved that shit.

Fast forward about 30 years, Sarah Rhude and I were talking potential collaborations and Dan Weisenberger is spinning the vinyl at a swinging post-gig loft party.  One slab of vinyl was Lil Green's dynamite original take of the song, a favourite of Sarah's.  Bingo! There's our collaboration.

Well not quite Bingo yet. Fast forward another couple of years to the here and now.  A great benefit of ye olde blog is it acts both as a catalyst and provides purpose to get together with friends and make music. Rhudey and I are chatting about playing some music together, my brain snaps into blog production mode;  Rachelle Reath and I have been talking about playing and have a long history of collaborating - in The Euphorians, as a duo, and numerous occasions the last time I was song-a-week-ing........OK, this time:  Bingo!  For real.  Rhudey, Rachelle, and me.   Here's our version of Why Don't You Do Right, recorded in Rachelle's living room.

Why Don't You Do Right is generally accepted as a reworking of the song Weed Smoker's Dream, recorded in 1936 by The Harlem Hamfats and credited to piano player Joe McCoy.  There is some dispute over that credit as there is over the writing credit of Why Don't You Do Right.  While official credit is given to McCoy for re-working the song into a classic woman's blues number, others see the song as thematically and narratively distinct and believe Lil Green penned her own version. The Lil Green recording of the song was one of Peggy Lee's favourite records.  Here she is.....Lil Green!

In a 1984 interview Peggy Lee said "I was and am a fan of Lil Green, a great old blues singer, and Lil recorded it.  I used to play that record over and over in my dressing room, which was next door to Benny.  Finally he said, ' You obviously like that song.'  I said, 'Oh, I love it.' He said 'Would you like me to have arrangement made of it?' I said 'I'd love that,' and he did."   Here's Peggy Lee live with the Benny Goodman Orchestra.


And here's a hipper take of it recorded later....Peggy Lee with Dave Barbour and his Band

To write this blog, I referenced Wikipedia and a fascinating article about Peggy Lee written by Ivan Santiago-Mercado.  You can check that article out here The Peggy Lee Bio-Discography And Videography: Observations About The Song "Why Don't You Do Right?"